Be a soccer(football) manager and lead your team to glory.
Top eleven manager is the most successful football manager on android with over ten million downloads and rates 4.5.

This game actually can be played alternately from computer and smartphones.
Ranked among the Top 10 sport games in the UK, France, Germany, Italy, Israel and more than 80 other countries! Top Eleven is the most popular online soccer manager in the world, with more than 10 million players playing every day!
Available in over 35 languages!


“This game is the most realistic football/soccer manager game that I have seen!!!”

“Scientists have discovered a new gene in the human DNA: it is called Top Eleven and unleashes a strong passion for the game of football”


Top Eleven is a soccer manager game where you create and train your team to compete with other players in Cup, League and Champions League seasons. Prepare your team in every possible aspect: train the players, improve the stadium, and choose a winning strategy. When the big match starts, support your team by just spectating or changing your strategy on the fly. 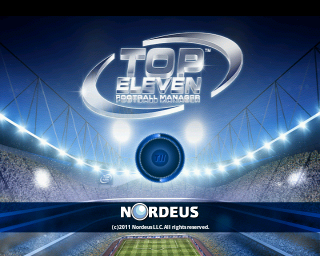 No daily energy or any other limits - play free forever. Take part in a persistent player-driven world anytime, anywhere!

Train your team to improve their skills, then use it to devise the perfect strategy for every match. Counter your opponent’s formation, both before and during a match.


BUILD AND UPGRADE YOUR STADIUM AND FACILITIES

Build a stadium your team’s reputation deserves. Construct facilities that will increase attendance and supply your team with health packs and young players.

WATCH ALL YOUR MATCHES LIVE

All matches are live. When your scheduled match is on, watch it and support your team, have your friends support it and make substitutions and formation changes - all in real-time.

Take part in auctions and outbid your opponents. Buy the top players, or those you’ll help reach the winning shape!

Name your club and design your own emblems and jerseys. But don’t stop there: you can also customize each player name, number and even nationality. Have full control over your team!

Have you ever dreamt of leading a team under Real Madrid’s colors? In Top Eleven, you can use jerseys and emblems of leading football clubs like Real Madrid, Liverpool, Milan, Arsenal, Porto, Boca Juniors and many more!

Challenge your friends to friendly matches, or support them during their own!

Play with the same team on both desktop and mobile. Have a scheduled match you need to attend? No problem, just connect to the game via your phone and you can have the same experience as on your desktop computer.

Do you want to be like José Mourinho, coach of FC Chelsea London and set up a team, train and lead them to success? If your answers is yes, then Top Eleven might be just right for you.