Recently, Ebola, a very rare but deadly disease that causes bleeding, inside and ouside of the human body is now getting trended in Nigeria and some part of Nigeria, Liberia and few other Africa nations. It is said that, once the Ebola virus is being spread through the body, it leads to damage of the immue system and also organs and also causes the decrease in the level of blood clothing in the cells. Which also finalizes to uncontrollable bleeding. 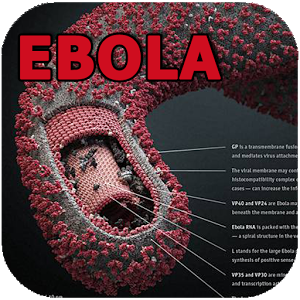 Though am not a medical specialist (am just a Geek), but there are some basic facts I would love to share to you about the Ebola virus.


Facts about the Ebola Virus

- The Ebola Virus disease was said to be formely known as the Ebola haemorrhagic fever.

- The Ebola virus is spread, mostly in the primarily in remote rural areas (Villages) in the central and west Africa, which is also close to the rainforest

- The Ebola Virus was being generated from wild animals and being transfered to humans, before spreading through the population.

- The Ebola Virus first appeared in 1976 and occured twice, simutaneously in Nzara, Yambuku, Sudan and in democratic republic of Congo.

Back to the topic of the day. The Ebola Android App is a very educative android app that tutors you on the best preventive measures against the Ebola virus, with some other dynamic features. You would really love the app, I encourage you guys to download this lovely app and stay secured.
You can get the Ebola Android App from here. It's free and Educative.
Stay Safe.
Anyikwa chinonso 6 Comments

Hi Chinonso,
There have been measures of preventing the Ebola virus. Hopefully you could remember the salt and water ish. But this is quite a cool preventing strategy for one to help his/her self from the deadly virus.
Thanks for sharing it with us bro

Yh, The salt and water ish, I don't really rely on it, even the better kola ish, didn't rely much.. I also heard about the Nano Silver in terms of cure.. Sha, prevention is always better than cure, so lets just heed to the preventive measures...

Thanks for stopping by larry, I really appreciate.

The sight of this virus irritates me, it looks so scary. Anyway, thanks Chinonso for sharing such educative content, though you mentioned few facts;just as you have said, i will do the rest of the research myself. Isn't this app available for other operating systems other than android? If yes, please keep us posted.
Thanks again, keep the good work going....Larry i salute ya bro

Ebola is becoming something else but i pray that God comes and gives 100% protection. Good work here. Gurswizard theme is looking good. Thumbs!

Yh.. God would surely help us.. Thanks for stopping by moses

I am an Acupuncturist from Germany. Recently, I developed an Acupressure Points Sequence to prevent and relieve Ebola.

I worked with a developer to create a mobile app as a vehicle to bring the Sequence to the people who need it.

I would be interested in your opinion on the app.