How to Install HTC Sense Home & Apps on Other Android Phones

Learn how to install HTC sense home and sense apps on non-HTC phones (other android phones) with the help of sensify application.


HTC android smartphones comes with an awesome sense UI that is commonly classified into sense home and sense app. However, these apps are specially designed for HTC phones, though they’re available in playstore, but they won’t be compatible in other android device outside HTC phones. 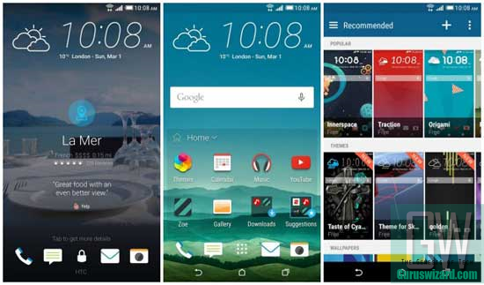 The sensify app now comes in to rescue, in the sense that, it helps to let other android phone outside HTC phones to be compatible with those sense home and app.


Now, let’s assume you’ve a rooted android device running on android 5/5.1 lollipop. Then you can proceed to install Xposed framework on Android 5.0 Lollipop or for Android 5.1 Lollipop.

How to Install HTC Sense Home & Apps on Android Phones

-          Now, go to modules list which is located at the Xposed framework app. Then keep scrolling, till you find the sensify app, and tap the check box, so that the module would be set up, and would start running on your android device.

-          After that, reboot your smartphone so that changes would be implemented on your device fully.

-          Once your HTC phone is rebooted, you can then install HTC Service Park and HTC sense home app which you can easily get from playstore.

That’s it. Hope you understood the guide? If you’ve any related issue, feel free to let me know via comment section.
Anyikwa chinonso Comments