Recently, after the launch of Honor 7 smartphone, Huawei focused their moves towards unveiling the next batch of the Honor smartphone, codenamed “Huawei Honor 7i”. However, the smartphone would be launched by 20th of Aug 2015. 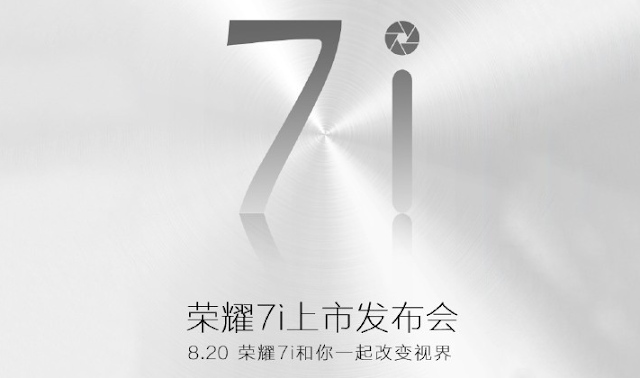 The Huawei Honor 7i comes with a sliding camera module and the camera features isn’t officially leaked yet. Moreover, the camera would feature a rear and selfie camera.


According to the leaked report from an insider, the Huawei Honor 7i would be running on Android 5.1.1 Lollipop operating system, and the smartphone itself features a 5.2" 1080p display just like the Honor 7, and its powered by either Kirin 935 with 3GB of RAM, or Snapdragon 615 with 2GB RAM, coupled with 16/32GB internal storage .

The launch date of the Huawei Honor 7i would be on 20th August, and the launch event would take place in China, but it’s supposed that the smartphone won’t be a China exclusive. However, the Huawei Honor 7i don’t have an exact price tag, but it might go between $320 and $400.

Stay tuned, as I keep you guys updated with the full specs & price of Huawei Honor 7i soonest.
Anyikwa chinonso Comments