The Xperia Z3 smartphone runs on Android kitktat operating system from the box, and can be upgrade-able to Android 5.0 Lollipop. Now, Android 6.0 Marshmallow AOSP ROM is made available for Xperia Z3. 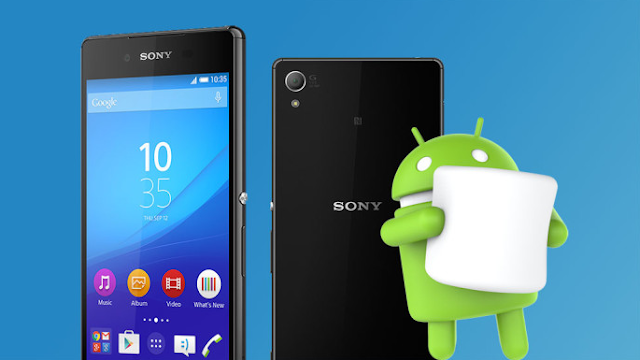 At this moment, few bugs such as, camera app force closes, graphics glitches, auto rotation not working an RIL problem is needed to be fixed on this custom Xperia Z3 Marshmallow ROM. And the RIL drawback is a very big issue, in the sense that, mobile data usage and cell phone calls would be restricted.


In this guide, I would brief you guys on the process on how to manually install AOSP Marshmallow ROM on Xperia Z3.

Read also: How to Include Recycle Bin Features on Android


Before you begin the rooting process, first download Xperia USB drivers on your computer, then enable USB debugging on your Xperia Z3 smartphone, go to settings >>developers option. If developer’s option isn’t visible on your Xperia device, simply go to about phone under settings and scroll down to build number, then tap build number up to 7 times to make developers option visible.

3.       Now, power off your device and boot to fastboot mode. To boot, simply press and hold volume up and power buttons together for some while.

5.       After that, go to the ADB folder, and then press shift + right click and select “Open command prompt”.

6.       Once command prompt windows is opened, input the below commands and press enter for each command you enter.

That’s it on how to install AOSP Marshmallow ROM on Xperia Z3 device. Feel free to leave a comment below.
Anyikwa chinonso Comments