Few days ago, the Samsung Galaxy J3 was spotted with big upgrades over its predecessor, Galaxy J2. However the smartphone was spotted listed on GFXBench with model number SM-J3109. Now the smartphone received 3C and TENAA certification in China.

According to TENNA listing, the Galaxy J3 smartphone will run on Android 5.1.1 Lollipop from the box and it is powered by a 1.2 GHz quad-core processor coupled with a 64-bit Snapdragon 410 processor, 1GB RAM and an 8GB internal memory.


The Galaxy J3 will also feature a 5-inch 720p OLED display, 8MP rear unit and a 5MP front snapper, which makes the device a good deal for making video calls and taking selfie shoots. Including the 2600mAh battery and other hardware components give the smartphone about 140gms weight and measuring 142.2 × 71.6 × 7.9 (mm). 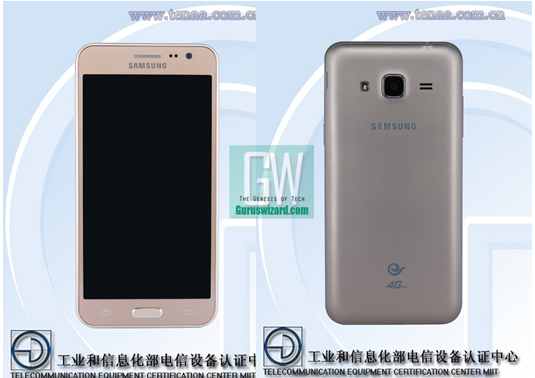 The specifications mentioned above is certified and listed by GFXBench, TENAA and 3C. However, the price listing is expected to be around $100, although yet to be officially confirmed.