Microsoft has finally outed their first smartphone to run on Windows 10 out of the box, featuring one of the top-notched specs compared to their other devices. However, the smartphone will be powering the LTE technology along with optional dual SIM functionality.

Microsoft Lumia 650 device runs on Windows 10 out of the box, as it’s one of the first Windows Phone devices to run on the Windows 10 operating system out of the box. The smartphone is also powered by the Qualcomm Snapdragon 212 chipset, Quad-core 1.3 GHz Cortex-A7 CPU, Adreno 304 GPU coupled with a 1GB RAM component and a 16GB internal storage memory. 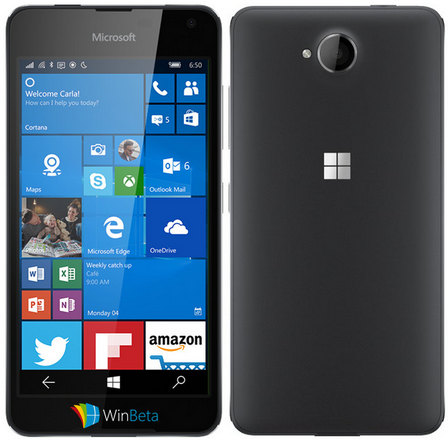 The smartphone will soon be outed in Nigeria and distributed to some other countries in Africa, so, lets stay tuned for related updates until then.
Anyikwa chinonso Comments