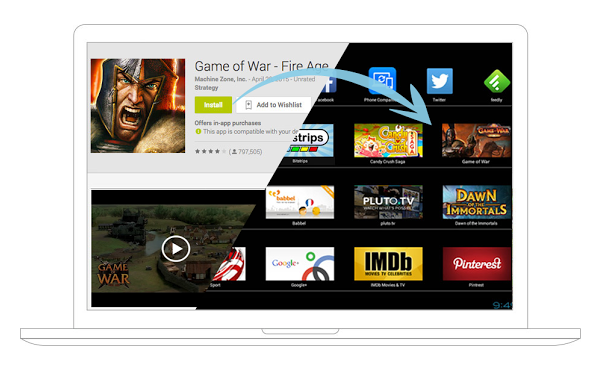 The fact is that since I ever owned a personal computer, none of my days had been counted being bored due to I know the essential purpose and functions of me owning one.

What an emulator means?

Most of you might be familiar with the word “imitates” but not familiar with “emulates”. As commonly known, imitates is when you try to take off, duplicate or copy the features of another person, same term applies to an emulator, its just that emulate is a common word used in computing.

In other words, an emulator is software in a device that duplicates or imitates the features of a computing system into another computing system that is totally different from the first one. For instance, software in an android device that makes the android device attains similar function with a Windows device is what we call an emulator. In computer terms, another word that can be refered to as emulator is called a simulator.


Now that you have an idea of what an emulator actually means, I will then be breifing you on the 3 best android emulator for PC (Windows and Mac OS).

1.      Bluestacks:
Bluestack is the most common software among-st all other android emulator for both windows and Mac OS, though it’s not more of a virtual software but commonly known as an app player. Being an app player means, it is through the software that you can run all your android apps unlike, BBM, Instagram, and whatsapp e.t.c. 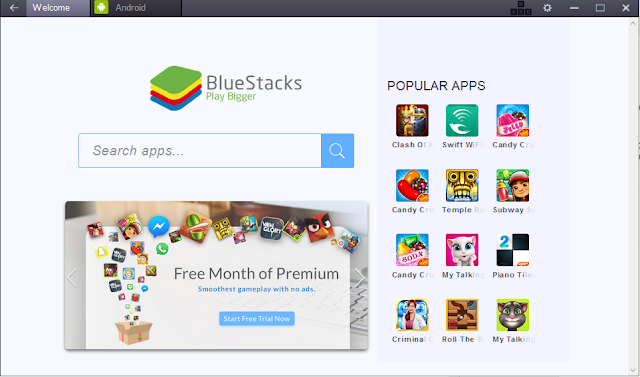 One good thing about this emulator is that, its inatallation type is the easiest and it also attains an UI elegant. You don’t need a guide on how to use this app because its and easy one. To download bluestack emulator click here, and after downloading it, quickly install on your windows or Mac OS computer, then you would see a search box on the top side, in that box you are eligible to make some searches on the android apps you wish to run on your personal computer. Take note, you may experience some slow frame rate in running most 3D android games on your personal computer with the use of the emulator, well that actually depends on the video memory of your personal computer.

Most read: How to recieve android notification on your computer

2.      You Wave:
Unlike bluestack, you wave alsooffers full android system app player for your personal computer. The only differents between bluestack and You wave is that, You wave performs much faster than bluestacks with no lags but bluestack have some kind of freezing lags and also slow in running most 3D android apps but the reason why most individual based more on bluestack is because it’s a free emulator but You wave is a paid emulator that offers only ten days of trial. To download You Wave emulator click here. 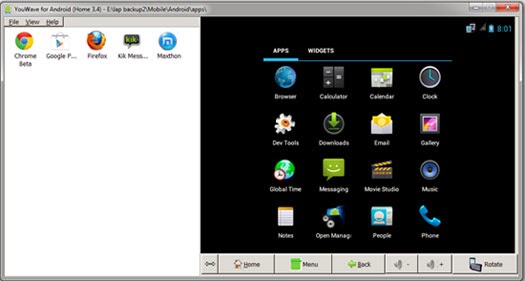 3.      Windroy:
Unlike bluestack, the windroy is a free emulator, and one interesting fact about it, is that, it’s just like an android running in with windows kernel. This is the simplest form of emulator for Windows and Mac OS and its installation is a very easy process. As for me, I can simply rate this emulator as the best android emulator for PC because it has more features, fast like its on real machine and can equally run 3D apps unlike You Wave. To download Windroy emulator click here. 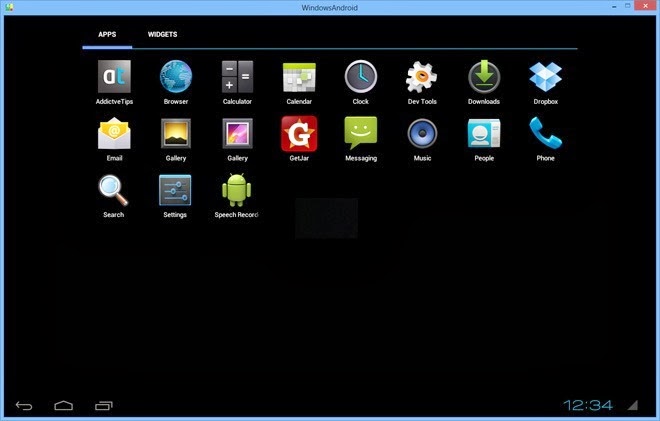 Conclusion
There are still more options for the above android emulators unlike, Jar of Beans, GenyMotion, Virtualbox e.t.c. But the above emulators are the best 3 as rated.

Hope this brief tutorial helps, in case you have any issue in whatever I explained above, feel free to pour out your mind and I would be glad to attend to you within before 24 hrs.

To get more of our updates for free via your email inbox, kindly click here.
Anyikwa chinonso Comments