LG recently unveiled their new flagship codenamed “G Pad 2” which would be launched by October 2015. However, the specifications of the LG G Pad 2 was leaked. 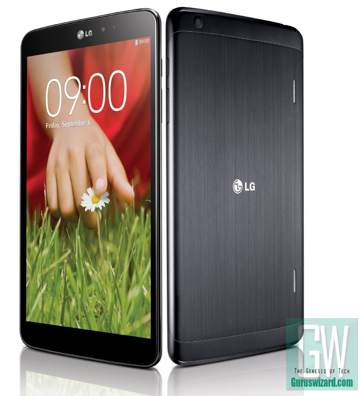 The LG G Pad 2 features an 8.3-inch display with 1080 x 1920 pixels resolution, 8MP rear camera and 5MP secondary (front) camera for taking selfie photos and making video calls. However, the LG G Pad 2 could be a follow-up of the G Pad 8.3, as seen in the image above.

They further unveiled that the LG G Pad 2 would run on Android 5.1 Lollipop which would definitely power a Snapdragon 805 chipset, Adreno 420 GPU and quad-core CPU. The LG G Pad 2 tablet would also come with a 3GB RAM and 32GB internal storage memory.


According to leaksfly, the expected date of release is in October, however, there is no tagged price on the device. Stay tuned, as I keep you guys updated for any further revelation about the device.
Anyikwa chinonso Comments