Rumor: Galaxy Note 5 Might not Launch in Russia at first

Samsung has announced the company’s flagship smartphones for this year. The devices being Galaxy S6 and the Galaxy S6 Edge. Both the devices were announced during the MWC that is the Mobile World Congress in Barcelona back in March. 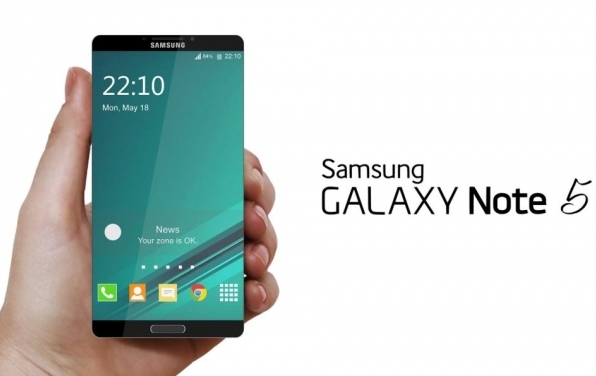 The Galaxy S6 and the Galaxy S6 edge were the first metal uni-body smartphones Samsung has ever announced. This represented a significant change in the level of Samsung’s premium smartphones.
Now the Galaxy Note 5 phablet is one of the most anticipated devices of the year. We can say this as the buzz about Samsung’s Galaxy Note 5 is all over the internet. It was originally going to launch in the fourth quarter of the year, mid-September, which is now probably not the case.

There were a number of rumours informing us about an early launch of the Galaxy Note 5, Samsung has scheduled an “unpacked” event on 13th of August. It is said that the Galaxy Note 5 will most certainly be launched at this event and the Galaxy S6 Edge Plus might be launched as well with the Galaxy Note 5. This was the most recent announcement by Samsung. Recently the leak image of galaxy note 5 cases also surface.
Sorting out the dates and launch there are new rumours now all over that the Samsung Galaxy Note 5 will not be available in Russia for the first few months after Samsung releases it. This is according to a tweet from EldarMurtazin. This rumour does actually have relevance from the past rumours suggesting that Samsung might opt for selective Galaxy Note 5 launch.

Some of the rumours from the past also suggested that the Galaxy Note 5 initially will not be available for Europe, which did not make sense when the rumour was lit up. But lately more and more rumours point in that direction.
The previous rumour said that South Korea, China, Singapore, Hong Kong will be the countries to which the phablet will arrive first and the other areas will follow gradually.
These rumours seem a little far-fetched.
The Samsung Galaxy Note series is international. Samsung is also one of the most recognizable mobile brands in the world, so it is hard to believe that Samsung would do something like this.
Also if we see the past records, the Galaxy S6 and the Galaxy S6 Edge launches were spot on. The two devices launched everywhere almost simultaneously.
Logically also the rumours do not make sense. Samsung has users all across the world and there are many dedicated Samsung users out there who wait for Samsung’s latest launch to purchase. A successful brand like Samsung would not lose out on their customers from any part of the world and suffer a loss in any way.
So considering the past records and logical thinking the rumours might be fake which is taking over the internet which happens all the time. And whatever the situation is we will see for sure when Samsung does launch the Galaxy Note 5.
Anyikwa chinonso Comments