Samsung has finally unveiled two giant flagships codenamed “Galaxy S6 Edge+” – which is the larger version of the Galaxy S6 Edge, and “Galaxy Note 5” – the successor to Note 4.


These two giant phablets has lot of things in common, in other words, featuring almost the same components. So let’s quickly stroll through the featured components of these devices. 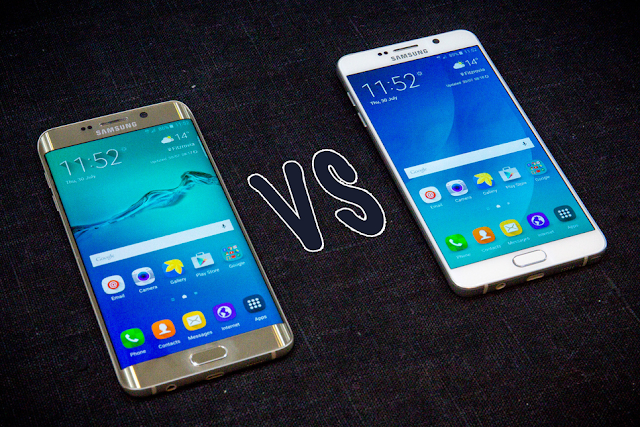 Similar Camera Features
The Galaxy S6 Edge+ and Note 5 comes with similar camera specifications, featuring a 16MP rear camera and a 5MP front snapper with both having an aperture of f/1.9.

The camera of the phablets both have same lens and optics. In fact, no difference is found in both handsets regarding to their cameras.

Similar Processor, Memory & Battery
Both are powered by an octa-core Exynos chip featuring same processor clock speed, which makes both handsets perfect for multitasking with improved gaming performance. The processor of the phablets is coupled with a 4GB RAM and a 32GB or 64GB internal memory with no slot for expandable storage.


Final Verdict
Going through the comparison of both smartphones, you would notice that they both features similar key components, so I see no reason their pricing should differ by $100.

Conclusively, I would rather choose to go for the Galaxy Note 5 because it features almost all components in Galaxy S6 Edge+ and yet cheaper. I don’t know your choice, all depends on you.