Why are they necessary?


Anyone who is knowledgeable about the smartphone market will be fully aware of the fact that the iPhone manufacturer has been a strong contender in the smartphone market over many years. This smartphone has featured in the top five places for several years in a row and has been a worthy competitor against other brands such as HTC and Samsung. Although this is an excellent smartphone which has several amazing features which makes it a very valuable tool in the hands of its owner the smartphones are not indestructible. 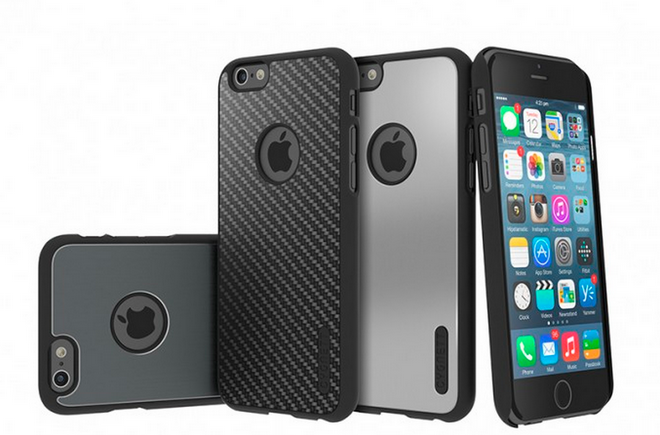 Any electronic device is subject to damage when such a device is dropped accidentally. This is exactly why many iPhone 6 covers and cases have been designed in order to protect these smartphones against possible damage. The reason why all damage should be avoided as much as possible is because it can be costly to replace such an iPhone and all of the latest models have large display screens which can be expensive to replace in the event of unnecessary damage.


This is exactly why an iPhone cover is necessary in order to avoid any incident from taking place which could lead to damage of your smartphone. The iPhone has become increasingly important especially to business people as a very important method of communication with their office and with other business partners and therefore the loss of this smartphone can have far-reaching consequences.

Just in the last six months alone Apple has apparently sold over 130 million smartphones. According to Square trade a company which specializes smartphone protection plans at least one out of every three smartphones will need to be replaced or fixed because of accidental damage. Although electronic technology has seen amazing progress over the last couple of years it is still very difficult to build a smartphone which will be invulnerable when it is dropped accidentally. In order to compete in the smartphone market it is necessary that such a smartphone will have a substantial screen in order to be able to provide the consumer with a satisfactory experience. However it is often these large display screens that are the first to get damage when the phone is dropped accidentally. It is because of these well known facts that the smartphone cover industry has grown at a tremendous pace especially because it is a well-known fact that over 40% of smartphone owners will invest in an accessory such as a smartphone case when they purchase their smartphone. Even those customers who does not do so at the time of purchase will invest in such a smartphone case after the initial purchase.

A lot of people will invest in a specific model of smartphones such as the iPhone six because of the spectacular design of these smartphones. Many of them will be very reluctant to hide such a smartphone away in a cover or a case. They will prefer to show off such a smartphone to family, friends and colleagues. The reality however is that smartphones as well as smartphone repairs is very expensive and it can be extremely inconvenient when such a phone is lost because of an unexpected accident. It has become increasingly clear to most iPhone six users that an iPhone 6 cases or cover is a critical necessity in order to ensure that such a smartphone are protected as effectively as possible.
Anyikwa chinonso Comments