Where does Tecno Phantom 5 Stands Compared to Orbra Eve 2

Tecno Phantom 5 and Orbra Eve 2 are two giant smartphones with almost similar specs. Both smartphone features almost similar components because of the fact that they built with MediaTek's MTK6753 chipset. 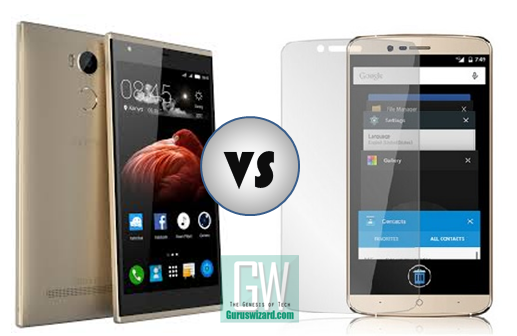 Talking about the MediaTek's 6753 chipset, it's a 64Bit octa-core unit that features integrated WorldMode 4G LTE and CDMA2000® 3G for global high-speed mobile network compatibility. The chipset also supports 1080p Full HD displays, along with Full HD video recording and playback. So any smartphone that is built on such chipset should feature same functionality.

In this article, I would briefly detail you guys on the compared specs between the Tecno Phantom 5 and Orbra Eve 2 smartphones.

The Tecno Phantom 5 and Orbra Eve 2 both runs on Android 5.1 Lollipop from the box, and they support OTA updates, that is, they'll receive the Android 6.0 Marshmallow update soonest.

Camera Specs
The Tecno Phantom 5 is integrated with about 13MP rear camera unit just as the Orbra Eve 2, and it comes with an 8MP front shooter which results to clear selfie images and pretty cool for video calls, but the Orbra Eve 2 comes with a 5MP front snapper, though its great, but not as great as that of the Tecno Phantom 5. However, their camera features similar functionality like, phase detection, auto focus, LED flash and more...

Processor, Memory and Battery
Just as I tipped in previously, both smartphone is powered by MediaTek's MTK6753 chipset with 64bit Octa-core processor. The processor clock speed of the Tecno Phantom 5 is about 1.5GHz while that of Orbra Eve 2 is about 2.0GHz, a difference of 0.5GHz, which can probably get to enhance the smartphone with more processing speed level.

Both smartphone is also coupled with a 3GB RAM component and 16GB internal storage for the Orbra Eve 2 while the Tecno phantom 5 comes with a 32GB built-in memory.

Final Verdict
Which is better? Which is Affordable? Which is recommended? These might be the questions you seek answers for, but I can only tell that you can get your result from the compared specs above.

Every smartphone users should know their reasons for smartphone purchase, nobody jumps to purchase a smartphone for no reason. So if you're the gaming or multitasking type, I would definitely recommend the Orbar Eve 2 for you. But why? This is because it has more CPU performance alongside with a better battery capacity. While the Tecno phantom 5 is highly recommended for social media lovers, you know what I mean. Just take a glance at their compared camera specs above, and you'll see my reasons.

Conclusively, when you talk about pricing, that's where the discussion resides. Because pricing in regards to their specs is important. In other words, I can recommend the Orbra Eve 2, due to it's more affordable compared to the Tecno Phantom 5. So I hope this answers the question that states, “Where does the Tecno Phantom 5 Stands Compared to Orbra Eve 2?”
Anyikwa chinonso 4 Comments

bro the processor speed cannot be 2.0ghtz because there is no mt6753 chip that is 2.0ghtz

that's the processor clock speed, you can confirm from their official website via orbra.net...

The phantom 5 clearly takes the cake. There's only a 10k difference between them and the phantom has better specs. the price is worth it

Ya, Phantom 5 is a cake, but its same big cake as Eve 2. why the price tag difference, not just few bulk difference, but 10k..