The Infinix Note 2 X600 which was launched towards the ending of last year is now made available in any smartphone market. However the smartphone is outed in different variant and if you’re not careful, you might end up purchasing the lower variant (that’s if you planned to purchase the higher one). 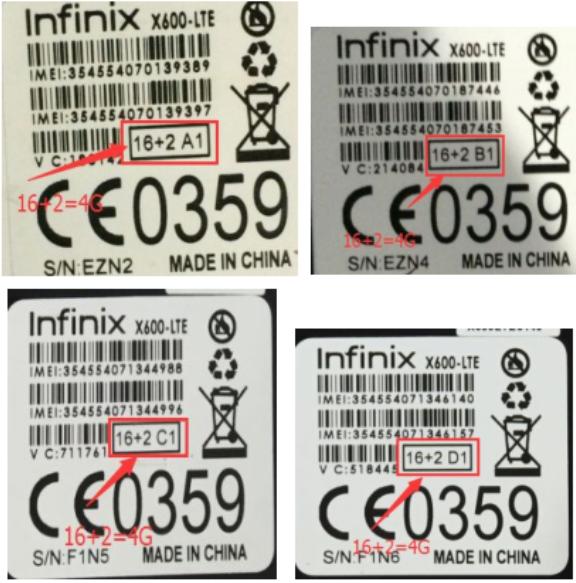 The fact remains that most retailers that do sell the smartphone don’t even differentiate between the variants. They end up selling the lower variant at a costlier price instead of the other variant, but having known the difference between the two variants, you get to pick the right one.

From the images which describe the variant above, you’ll notice that the first exhibit identifies the 3G version of the Infinix X600, while the 2nd and 3rd exhibit describes the 4G LTE variant. The red pointer already pointed out that the 16+1 as 3G version while the 16+2 as the 4G LTE.


So having known this, you should be able to differentiate between the 3G variant from the 4G LTE variant of Infinix Note 2 X600.
Anyikwa chinonso Comments