Sony play station portable games are very interesting games and most times, popular games are being featured for PSP or any other play station device before being available on other operating system. So, the ability to run PSP games on your iOS device is a step forward to getting those featured games to run on your device. 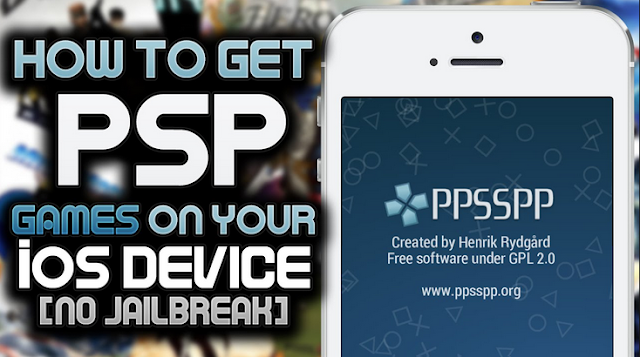 Today, I’ll be your guide on how to run PSP ISO games on your iOS (iPad, iPhone and iPod touch) devices, and the method I’m about revealing has been working since iOS 7 was unveiled and still works for iOS devices running iOS 9 and above. However, you don’t need to jailbreak your iPhone, iPad or iPod touch device to get this working.

Requirements Needed to Get Started

I know that most of you are running iOS 9 or above on your iPhone, iPad or iPod touch device, so this guide would be focused on devices running on iOS 9 and above, as you’ll need to trust certificate of the file. So, to trust certificate, first go to Settings >> General >> Profiles and trust the certificate.

1.       Firstly, on safari browser of your iOS, visit iEmulators.com.

2.       After that, select the square with the arrow button as seen in the image below to add the iEmulator on your device. 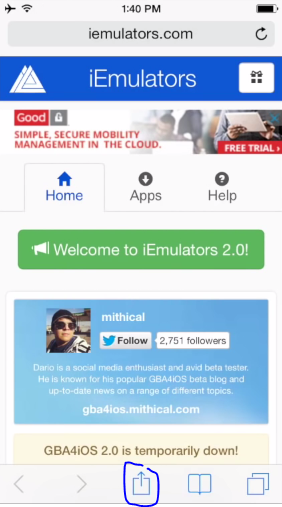 3.       Next, on same page, simply click on the “Apps” tab on iEmulator.com; scroll down to locate the PPSSPP application as described in the image below. 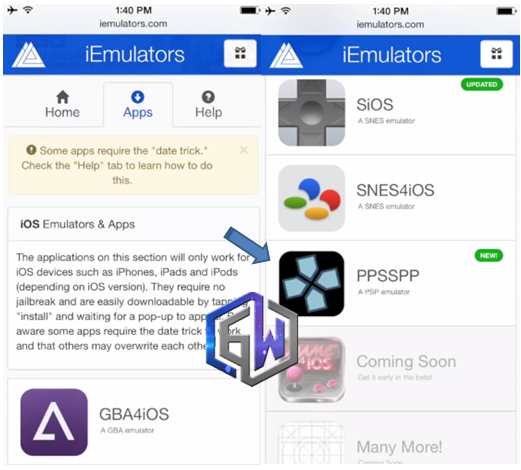 4.       Once you’ve sighted the PPSSPP app, select it and tap install, as seen in the image below. 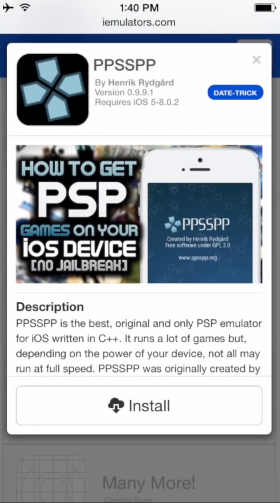 5.       After that, it would start loading till you get a pop saying “dl.boxcloud.com would like to install PPSSPP” simply tap install, as seen in the image below. 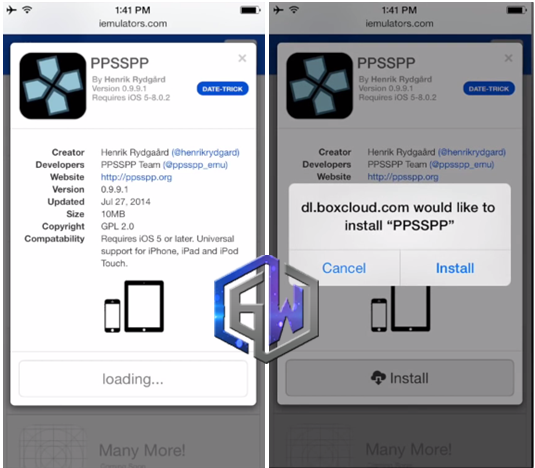 6.       Once installation is complete, go to your app menu and you’ll see the PPSSPP application.

Note: To play save, set your date 24hrs backwards before you launch the PPSSPP application, after the launch, you can then set back your date and time to automatic.

Now that we’ve successfully installed the PPSSPP on our iOS device, the next thing to do locate for ISO ROM files for our iOS devices. So, I’ll give you a brief guide on that.


1.       Firstly, visit coolrom.com (that’s where I download all my PSP games from) and tap the ROMS tab, you’ll see a dropdown, simply select Sony PSP as seen in the image below. 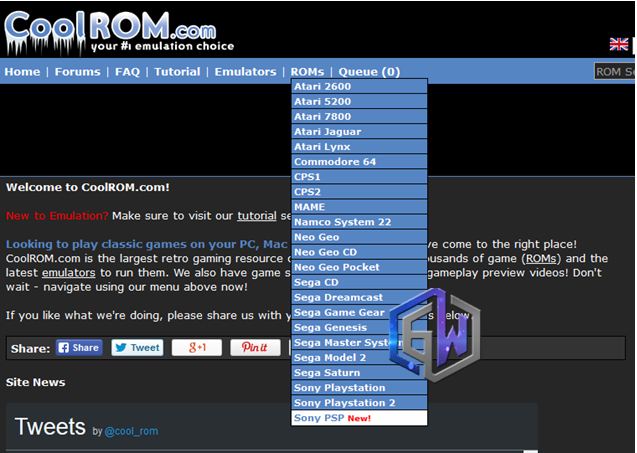 2.       After you’ve selected Sony PSP, it will get you to a page where you can download any Sony PSP game. You’ll see list of games, featured games and you can even browse games by Alphabets as seen in the image below. 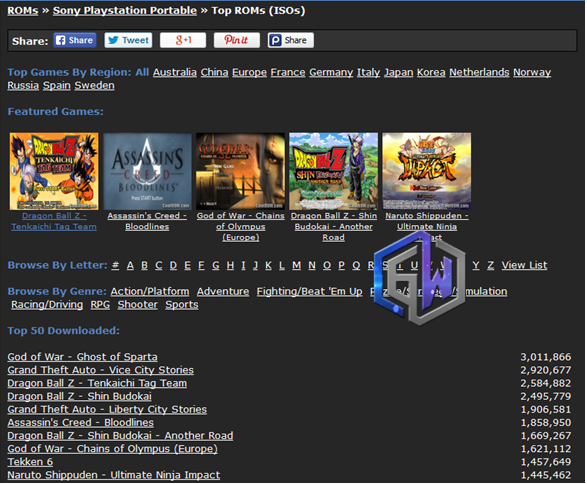 3.       Next, select game you wish to download and hit the download button as circled in the image below. 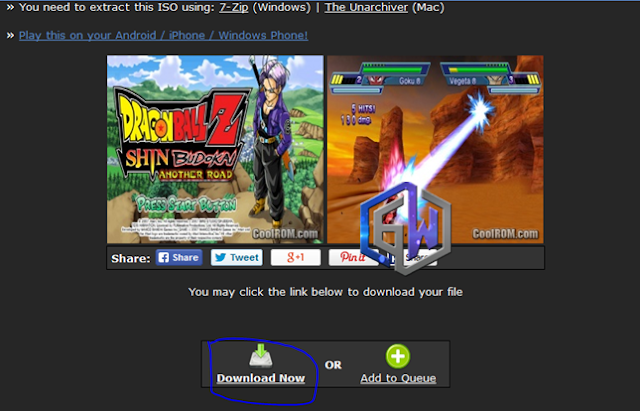 Once you’ve downloaded the ROM files, all you need to do is use the winrar or 7zip program to extract the ISO file out of the zipped folder and then move the extracted .iso file to your desktop screen, so importation of the file would be easy.

How to Import PSP ISO on iOS (iPad, iPhone and iPod touch) devices?


1.       Firstly, connect your iOS device to your computer, be it MAC or windows, and the launch the iTunes application.

2.       Next, on the iTunes, select “Apps” and scroll down to file sharing and select “PPSSPP”, if you didn’t see PPSSPP, simply click sync and the app would be displayed on your iTunes as seen in the image below.

3.       After that, you’ll need to import the ISO file which you moved to your desktop screen. Simply tap on the PPSSPP icon and click on add file as described in the image below.

4.       Now, locate the ISO file you moved to your desktop screen and import as described in the image below. 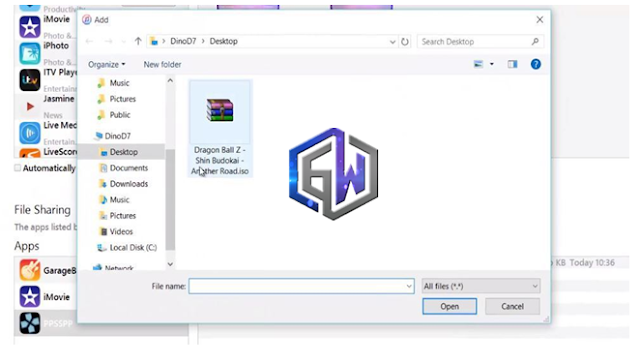 5.       Once you’re done with the importation of the iso file, then your game is ready. 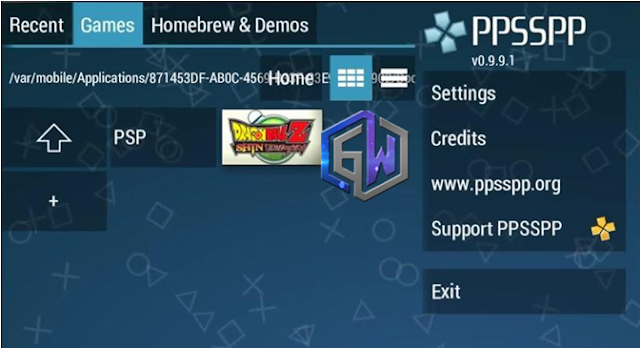 How to setup and run PSP ISO Games on iOS (iPhone, iPad and iPod touch) devices?

All you need to do is launch the PPSSPP program on your iOS device and then tap on the game icon to play the game. However, before the game is launched, there are some basic setups to change so as to optimize gaming on PPSSPP for maximum performance. So, simply go to settings on PPSSPP and modify the below setups. 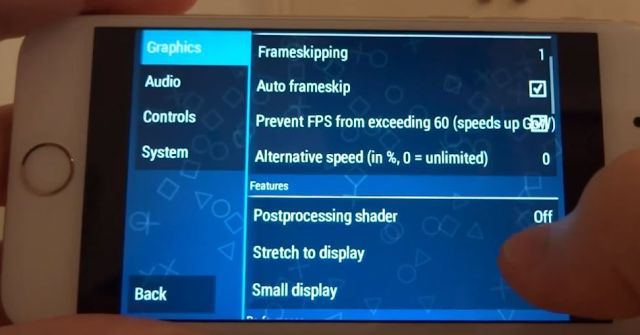 That’s all… you can now launch the imported games and play on best performance. If you encounter any difficulty during the process, please do let me know via comment section. Don’t forget to share this useful guide to your friends on social networks.
Anyikwa chinonso Comments