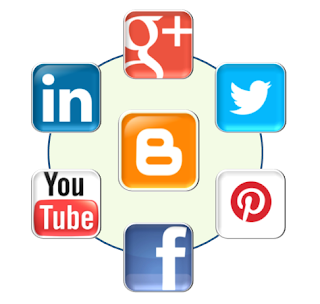 Michael Haenlein a PHD holder in marketing defines social media as "a group of Internet-based applications that build on the ideological and technological foundations of Web 2.0, and that allow the creation and exchange of user-generated content."

As for me I would simplify social media as an interface of interaction whereby certain or various individuals create, exchange or even share informations in the virtual networks or communities.

Maybe social media might sound a different meaning to you in your own perspective.

Today's stroll I would be briefing you on the top 5 social networking sites in 2014.


Before I get started with my list, I would first advice all the bloggers/webowners and also other business firm in the house to try your best to patner with the list of networks that am going to be briefing you on now.

Facebook is the highest social networking site with world rank of second position and also the most popular site in Brazil with the first position rank.
It is such a popular network that has over 900,000,000 unique visitors on monthly basis.

Facebook social network was originally founded at Feb. 4th 2004 and was launched worldwide in 2005.

Most Read: How To Create A Mini Movie On Facebook

The Key founders of facebook are Mark Zuckerberg
(Chairman and CEO) and Sheryl Sandberg
(COO).

Twitter is another popular social network site with world rank of second position and nineth position in the united state.

LinkedIn have a global rank of 13th position with the estimated visitor of over 250,000,000 unique visitors on monthly basis. LinkedIn is also common in united states with the rank of nineth position.

LinkedIn social media was lauched on the 5th of May 2003.
The key founders of LinkedIn are Reid Hoffman (Chairman) and
Jeff Weiner (CEO)

Pinterest is another great social networking site with a global rank of 26th position and 12th position in the united state.

Pinterest was launched lately on March 2010.
It is populated with over 150,000,000 unique visitors on monthly basis.

The founders of Pinterest are Paul Sciarra, Evan Sharp, and Ben Silbermann.

Google plus is another great social media that is usually populated by bloggers and it has no global rank due to it's being managed under google search engine which has a global rank of 1st position.

Most read: 5 Ways to turn facebook likes to Loves

Actually, Google plus was lately luached on the 28th of June 2011 and also populated with over 126,000,000 unique visitors on monthly basis.

Google Plus (+) is owned by Google and before the lauch of Google+, it was being referred to as google circle by Google.


One more thing, if you really enjoyed this brief article, I would love you to join our free email subscription Here and get all our future updates direct to your mail box.
Anyikwa chinonso 3 Comments

Facebook, Twitter, Pinterest, LinkedIn, and Google + have been on top of the list the popular social media websites for sometime. They are provide value to users and would still remain as the top 5 social media networks for personal and business!

Thanks for stopping by...