Do’s and Don’ts of a Smartphone Dropped into water

Smartphones are very useful and well intergrated computers that have great benefits in our day-to-day activities. Most individuals benefits from the use of smartphones in terms of running their business tasks and other similar activities with the smartphone, like, storage of some vital office documents, files etc. Smartphones are really helping, unlike my tablet, which I use to run my blog and save some of my useful business and school documents. I could still regret the day I broke the screen of my tablet, it was like horro then, it took me over two months before I could replace the screen, due to I used non-branded device.
Maybe you’ve accidently thrown your smartphone into the water, toilet or any part of the water body, you don’t have to panic, simply follow the below procedures, and your smartphone would be back to function. 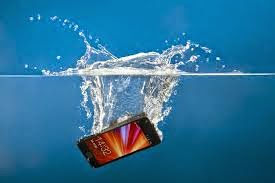 Don’ts of smartphones dropped in water


With the above procedures, you should be able to recover your smartphone in good shape, if it still doesn’t work, then I advice you take the smartphone to any specialist around your location.
Anyikwa chinonso 1 Comments

I dropped my phone in the toilet, and this list of tips was so helpful! It's now working and functioning! I just wish computer repair was as easy as following these steps!