Chinese OEM Tecno to launch a 4G LTE android smartphone codenamed “Camon C5”. However, this would be the first tecno smartphone to power 4G LTE connectivity. 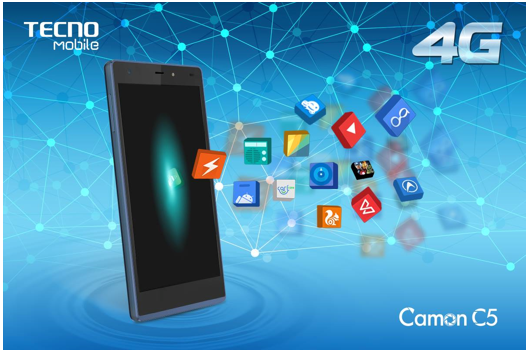 According to the leaked specs from an insider, the Tecno Camon C5 features a 5.0 inches IPS LCD capacitive display with 720 x 1280 pixels resolution, 8MP rear camera with dual-LED flash and a 2MP selfie camera that can also be used for making video calls.

The Tecno Camon C5 runs on Android 5.0 Lollipop and might power a 2-3GB RAM and 16/32GB expandable storage. It might also feature Octa-core Mediatek SoC.

The expected price of the smartphone should go below $200 as regarded to the specs of the smartphone. Needless to say, none of this has been officially confirmed, so take it with a pinch of salt. Stay tuned, as I would soon publish the full Specs & Price of Tecno Camon C5, once officially launched.
Anyikwa chinonso Comments