LG has officially unveiled their latest flagship codenamed “LG G Pad II 8.0 LTE” and the updated version of the tablet comes with a slate in South Korea. However, there was a minor upgrade made on the tablet compared to its predecessor – LG G Pad 2 8.3, and interesting specs was also discovered. 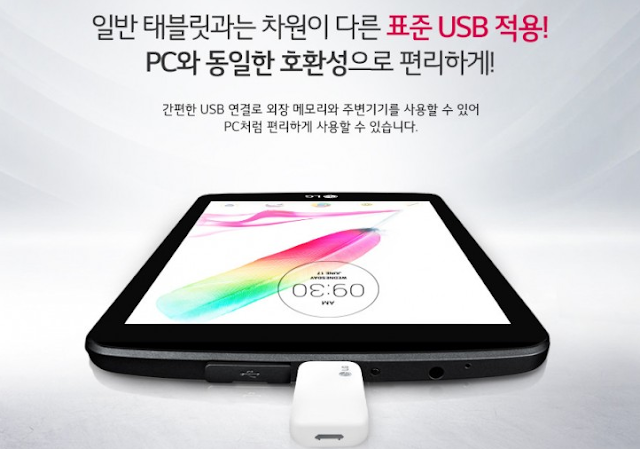 
The LG G Pad II 8.0 also features a 1.5GB RAM, 32GB expandable storage memory and still comes with a memory card slot that accepts MicroSD up to 128GB. However, one of the key features of the tablet is that it has a full-sized USB 2.0 port, which can handle external keyboards, flash drives and mice without adapters’ requirement. 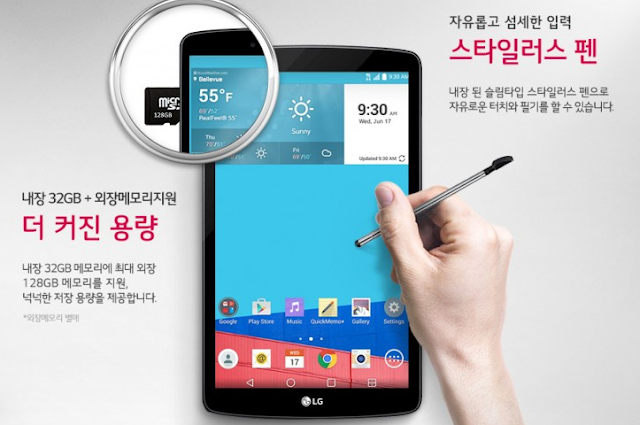 At this time, the tablet would hit South Korea, and there is no word for international release and price tag. So stay tuned as I detail you guys with the full specs & price of the LG G Pad II 8.0.
Anyikwa chinonso Comments