How to Run iOS on Your PC: The Best iOS Emulators

This article details the 3 best iOS Emulator to run iOS apps and games on PC. However, running iOS apps on your PC is made possible with the help of these emulators. 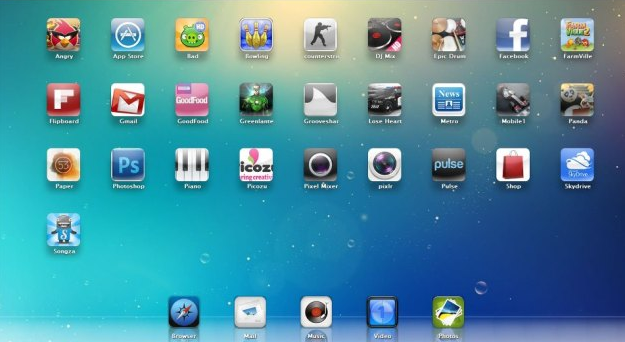 Previously, I published a tutorial on how to run Android apps and games on PC using Android emulators for PC, today’s stroll I would brief you guys on the 3 Best iOS emulators to run iOS apps on PC.

I know we got iOS lovers in the house, and it’s time to flex your favorite iOS apps and games on your pc with the help of these emulators I’ll be highlighting below.

1.       iPadian Emulator
This is the best iOS simulator that lets you run iOS apps and games on windows PC. You can get to play your favorite iPad games and launch iPad apps on your windows PC using iPadian. The processing speed of this app is amazing, and lets you run your games and apps at its maximum speed. Just tested mine, and I was able to play iOS angry bird game on my windows PC, even run my snapchat, whatsapp and instagram. I advise you iPadian a try.

3.       MobiOne Studio
This is known to be a Windows-based tool for creating cross-platform mobile apps for the iOS and Android platforms. Using MobiOne Studio, you can run both iOS and Android apps via their cross platform and I count this is one of the best iOS emulator for running iOS apps on windows PC.

That’s all for the best iOS Emulator to run iOS apps and games on PC. I advise you give these apps highlighted above a try, and select the most convenient one that seems more user-friendly to you. Stay tuned, as I bring to you more update about the tweaks behind these emulators and also their working principles.
Anyikwa chinonso Comments

How to Run iOS on Your PC: The Best iOS Emulators
4/ 5
Oleh Anyikwa chinonso
Prev Next Home
Subscribe to: Post Comments (Atom)