Welcome to another edition of our Technical comparison, today we’re going to be comparing the Innjoo 2 smartphone with the Infinix Note 2. At the end of today’s edition, you should know which of the smartphones meets up to your choice, and the best to select while purchasing. 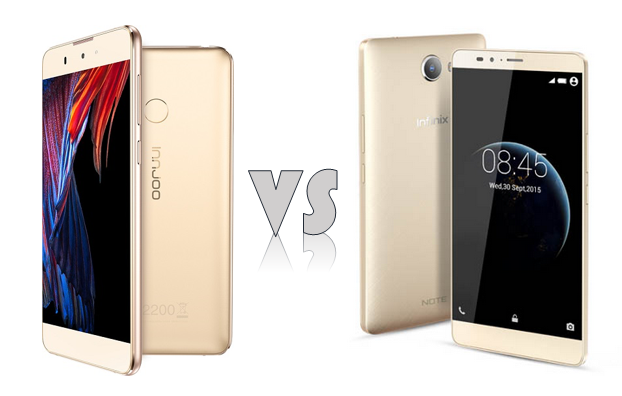 The Innjoo 2 smartphone was announced on the early week of November and launched on November 20 through a launch event that took place at Lagos, Nigeria. However, the smartphone operates on some grounded hardware components and features some basic functions available on high-ends smartphones, while the Infinix Note 2 was launched on the biggest sales day popularly known as “Black Friday” featuring one of the best hardware components along with some high-specs functionality.

Camera Specs & Features
The Innjoo 2 smartphone comes with a 13MP rear camera with LED flash and another 13MP selfie camera both featuring, autofocus, panorama mode and face beauty and some other basic features. The Innjoo 2 is one of the best smartphones you can get for event coverage, taking selfies and most especially, making video calls.

So, if you’re looking for a better smartphone you can use for video coverage, selfie takes, and other activities that requires camera, then the Innjoo 2 is a better choice.

Processor, Memory & Battery
Both smartphones are powered by a 1.3GHz Octa-core 64 bit CPU, MediaTek MT6753 chipset along with the ARM Mali-T720 MP3 450MHz GPU coupled with a 2GB RAM component and a 16GB internal storage memory. However, the Infinix Note 2 is outed in two variant which includes the 1GB RAM and 2GB RAM versions respectively.

The Infinix Note 2 features a better battery capacity (4040mAh battery) compared to the Innjoo 2 (3200mAh battery) and both smartphones comes with a non-removable battery.

Pricing
Pricing of both smartphones is normal in regards to their specification and features. The Innjoo 2 device is tagged at N35,000 while the Infinix Note 2 pricing depends on the variant. The 1GB RAM version of Infinix Note 2 goes for N30,000 and the 2GB RAM variant is tagged at 33,000.


Where to Buy Innjoo Smartphones In Nigeria?


Where to Buy Infinix Smartphones In Nigeria?


So, I advise you go for the best, depending on the what you might want to use the smartphone for. As highlighted above, You'll get to notice that both smartphones are almost similar, but seems like the Innjoo 2 has more specs compared to the Infinix Note 2, and that's what made the pricing higher.
Anyikwa chinonso Comments