The Innjoo 2 that we’ve been anticipating is now live at JUMIA store and you can now pre-order the device by signing up here. However, the smartphone comes with great features and it’s one of Innjoo’s 2016 flagship killer. 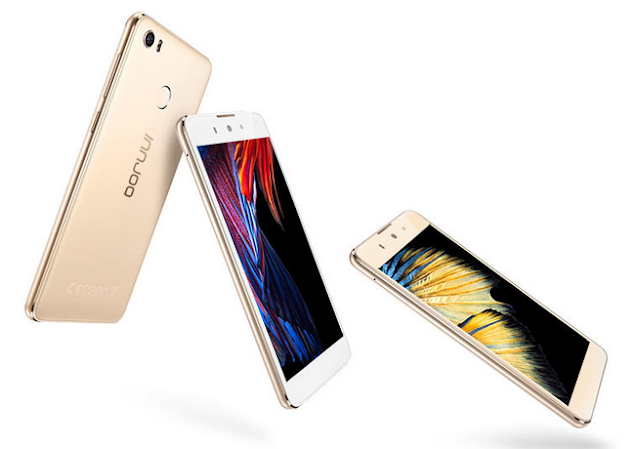 Best of Design & Display
The Innjoo 2 comes with a breathless design with 7.3mm thickness which makes it more than one, featuring a 2.5D metal frame and all together weighing 126g. Viewing through the display structure is a Dragontrail glass which they claim to be the world strongest glass and its 8times harder with over 40% thickness compared to its competitors. A 5.0 inches display is spotted long with 720p HD screen which make its display pixel damn clear, having 70.6 screen ratio and 294ppi.

Introducing Fingerprint Sensor to Innjoo 2
Innjoo finally outed fingerprint technology on their device, and Innjoo 2 is the very first Innjoo device to feature Fingerprint technology which generates a new way for smarter and safer operation. With the touch ID, you can easily unlock your device without anybody noticing, and also take photos. However, Innjoo 2 brings you fingerprint ID 2.0 with 508ppi and 0.46s unlock speed which makes it pretty fast on executing operations. 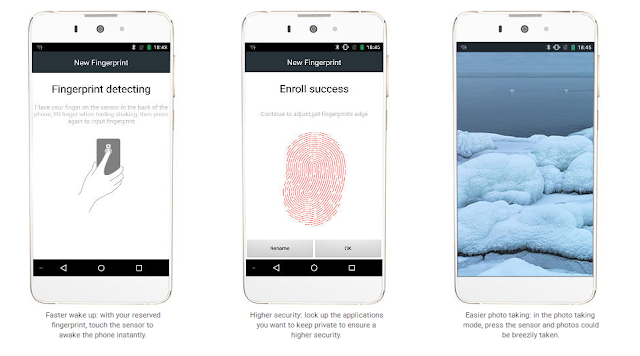 Amazing Camera features
When you talk about full video coverage, selfie takes, video calls and other related activities that requires the use of camera, then Innjoo 2 is a high recommendation. The Innjoo 2 comes with the most advanced cameras ever, featuring the 13MP front camera and another 13MP rear camera which makes it the best option for full HD videos that can be produced by full-sized zero-delay shutters. You can also make use of the touch sensor to take photos.

Operates one of the recent OS with sophisticated Hardware Components
The Innjoo 2 runs on Android 5.1 Lollipop operating system out of the box (can be upgradable to Android 6.0 marshmallow once update is available) and powered by a 1.3GHz Octa-core 64 bit CPU, MediaTek MT6753 chipset along with the ARM Mali-T720 MP3 450MHz GPU (with its processor rating, you get the best out of Gaming) coupled with a 2GB RAM component (which makes it the best option for multitasking) and a 16GB internal storage memory which gives it an ample space for media file storage. Memory of the Innjoo 2 device can be expandable via the use of MicroSD.


Where to Buy Innjoo Phones In Nigeria?

Battery, Pricing and Availability
The Innjoo 2 packs a 3200mAh battery with fast charging features and the pricing of the smartphone is tagged at N37,999, as you can now pre-order from JUMIA. Simply SIGN UP HERE, and once the Innjoo 2 is available, you’ll be the first to know.
Anyikwa chinonso Comments