Screen video recording apps are softwares that are used to record your mobile screen. This entails that; whatsoever activity or task you’re running from your android screen can be recorded with the screen video recorder app. 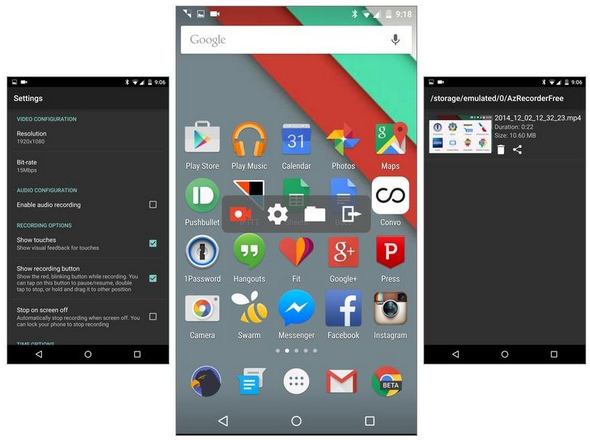 Personally, I make use of these apps whenever I want to update a video guide using my android device. For PC users, I already detailed you guys on how to record computer screen with VLC player. Today, I would mention the best android apps used to record mobile screen on android.

AZ Screen recorder is my favorite screen recording app. In fact, that’s what I’m using currently because it doesn’t require any root access for usage unlike every other android screen recorder app. However; the application is only compatible with android device running on android 5.0 upwards. So, if you’re still making use of a kitkat android device or lower then this app won’t work smoothly on the device. 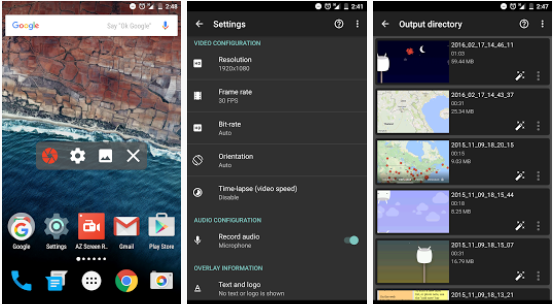 The AZ Screen recorder features magic button which allows users control recording without displaying any interference on screen while recording is on, it also features overlay front camera which lets users record their face while screen record is on, counter timer which helps time when to begin record, draw to screen and trim/cut videos.

This is another useful android screen video recorder app that doesn’t require root access. I’ve also made use of the app and I’m satisfied with it. However, the application is compatible to android devices running on android 5.0+. So if you’re running a lower android device, the app might not work smoothly for you. 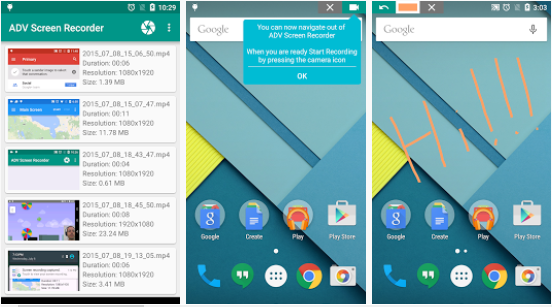 The ADV Screen recorder features 2 recording engine which includes default and advanced engines. In the advanced engine, you can easily pause recording. You can also choose to draw on the fly your favorite color during recording. The app also features the overlay front camera and same to the back camera so as user to easily share demonstration on record. Other features on ADV Screen recorder includes texting with full customization, setting banner with full customization, trim & cut and lots more.