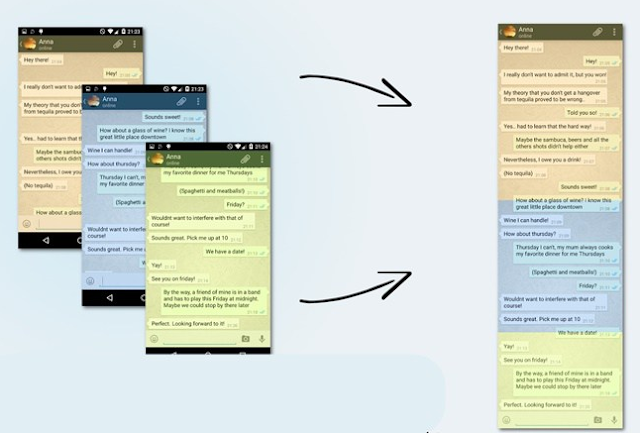 Samsung devices comes with screenshot scrolling features which can be used to screen grab a very long conversation and then produces an image far wider that the normal screen size. So to view the chat conversation via an already snapshot, you’ll need to scroll. It’s more like fixing various screenshots as one tall screenshot.

Do you know that same features can be used on other android smartphones. All you need is a simple android app that would help you activate the features and you’re good to go. I’ll quickly reveal the app and some other features integrated on it.

How to use Samsung’s long scrolling screenshot on Any Android 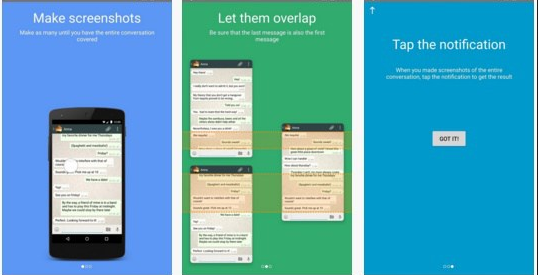 The Stitch & Share: big screenshot app lets you stitch multiple snapshots in a long screenshot. So if you ever needed to share a very long conversation, you won’t need to share the screenshots separate and get them mixed while sending, because it would be unfortunate that the recent chat would be read before the previous, which isn’t suppose to be. But with the help of this app, your screenshots are stitched accordingly and then you can share.

Some other features of the app includes, option to edit and redact if needed, screenshots are arranged orderly with their automated system, get to fix several snapshots as one long screenshots, the app is quick and easy to use.

Hope this helps… if you of any related application that can help you stitch screenshots into one tall screenshot, please do let me know via comment section.
Anyikwa chinonso Comments

How to use Samsung’s long scrolling screenshot features on Any Android
4/ 5
Oleh Anyikwa chinonso
Prev Next Home
Subscribe to: Post Comments (Atom)