Best Way to Get Emoji on Any Android Phone and Tablet

Emoji are ideograms or smileys in form of visual communications which is commonly used in electronic messages and some other webpages. Most individuals see Emoji as the expanded version of the smiley emoticon. And getting Emoji on any android device is quite tricky. Today's stroll, I would brief you guys on the best way to enable Emoji on your android devices. 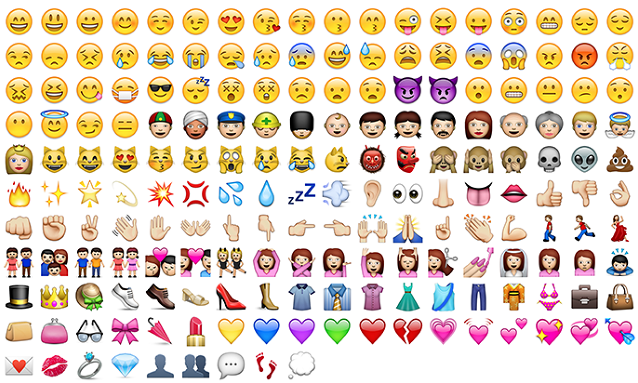 
1.       First off- Locate the device menu and tap the settings icon from the app drawer.


4.       Now, go back to the main menu of your android device and from the app drawer, tap on the playstore or Google market icon. Then from the market or Google playstore, simply search for any of this third party keyboards.

5.       Google Keyboard (which is the most recommended and easiest keyboard to access Emoji), Swift-key or Swype. Download and install any.

6.       Once you have successfully installed the keyboard, go back to the main menu of your android device, then from the app drawer, tap on settings icon and from the settings interface, and tap on “language & inputs” menu. Then from that interface, select the newly downloaded keyboard as the primary keyboard.

7.       Next, switch to Emoji input while typing. You can access the Emoji by pressing the smiley face, pressing and holding spacebar and press and hold the send button, select your lovely Emoji and you are done.


1.       The iWNN IME method is another easiest method of getting emoji on your android device (Nexus), but this method is highly recommended for Nexus users.

2.       First off- From the main menu, tap the Settings icon to switch over to its interface.

4.       After you have open the Language & Input menu, then check the “iWnn IME” box. Keep in note that the iWnn IME is another virtual keyboard which also contains Emoji characters and not all android devices acquires the iWNN IME, expect for android devices from the Nexus line. Keep in touch that, if you are a nexus user, and you don't have the virtual keyboard on your device, then the previous method is the best alternative for you to get Emoji on your android. If you have the iWNN IME, then you are good to go. When typing, you can simply switch to Emoji mode, by just holding down the space bar or pressing the input key.

Nice way to get emoji an andoid phone and thanks for it.