Is the Samsung Galaxy S6 a better buy than Galaxy S5?

Lets be fair. Samsung Galaxy S5 didn’t quite live up to the incredible hype that was created around its release. The tech world was filled with speculations of how ground-breaking a model it would turn out to be, but the reality couldn’t have been farther from the truth. With some over rated designs and bloated features, it let down a lot of its customers. And Samsung simply couldn’t afford another let down in this incredibly competitive smartphone market. Which is why, they had given their best shot in their next model. This latest flagship model from Samsung; the Galaxy S6, more than makes up for its below par predecessor. Let’s see how both these fare when put against each other! 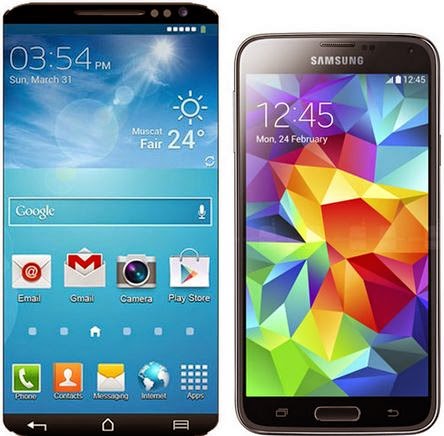 Samsung made sure they used only premium materials for this flagship model. Finally, we got to see a farewell to the cheap plastic casing that adorns almost all other models. The Samsung S6 case is IP67 certified and is proven water proof and dust proof. The only downside of this is that the battery was rendered non removable. But, that is something the users can surely live with!

Samsung finally made the transition from the ubiquitous Qualcomm Snapdragon processor to an Exynos 7420 processor which is touted to perform faster and is more reliable.  This is supported by a generous 3GB RAM which throws any concerns about performance out through the window.
The Galaxy S5 with a 2.5GHz quad-core 32-bit Snapdragon 801 processor is by no means an under-performer, but simply isn’t in league with its younger brother.

The Galaxy S5 had a 5.1-inch 1080p which at best could be described as pleasant. Samsung has come a long way with the Galaxy S6 with the 5.1-inch QHD 1440 x 2560 display and AMOLED screen which is billed as one of the best display spec in smartphones in 2015, Xperia z4 will release with 5.6 inch display. This has had a slight bearing on the battery life, but nothing to cause too much worry.

This is one area where the Galaxy S5 scores over its successor. While the former had a 2800mAH battery, the former’s capacity was cut down to a mere 2500mAH. Another advantage is that its battery can be removed, which poses a significant advantage for users who have a backup battery.
The Galaxy S6 does support wireless charging, but considering the overall results, S5 is a clear winner here.

Galaxy S6 comes with a 16MP camera coupled with optical image stabilisation (OIS). This technology can be a life saver for shaky hands for it can automatically achieve stability with the motion. While the Galaxy S5 has the same camera specs, it is devoid of OIS and hence is slightly behind its successor.
Both models feature fingerprint scanner in a bid to boost device security, so there isn’t much of a difference here.

All said and done, the Galaxy S6 is definitely more loaded than the S5. If you are willing to forego a few luxuries like replaceable battery and microSD slot, and of course shell out a few extra bucks, Galaxy S6 is what you need.
Anyikwa chinonso Comments