Samsung W2016 flip smartphone that was certified by TENAA last week finally goes official, and it comes with high-ends specs, premium build and sophisticated features. However, the device passed through TENAA as SM-W2016. The smartphone was released under moniker through China mobile and it’s a flip device featuring a chassis fitted with metal and glass.


It’s been made official that the smartphone runs on Android 5.1.1 Lollipop (update to Marshmallow will be made available soonest), and powered by a 64-bit octa-core Exynos 7420 processor coupled with 3GB RAM component and a 64GB internal storage. The smartphone packs in 2000mAh battery and weighs 204 grams with a 120.4 x 61 x 15.1 mm measurement.


What’s the display like? It features two screen, 3.9-inch Super AMOLED displays with a 1280 x 768 pixel resolution and it comes with a massive 16MP rear camera and a 5MP front snapper which makes it a great deal for making cool video calls and taking perfect selfies. 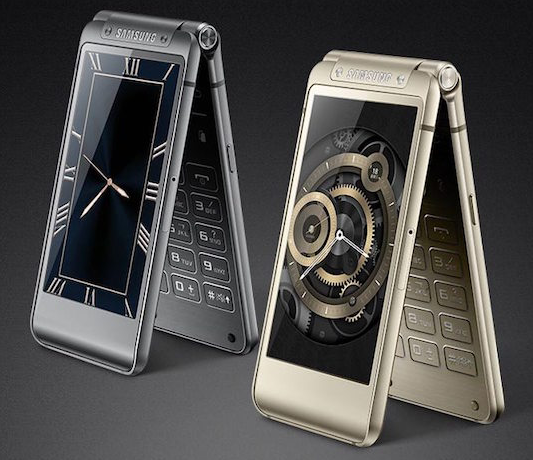 Price listing officially confirmed, and the smartphone will cost CNY 9,999, which is about €1,470 or $1,565 at the current exchange rates. However, the smartphone is outed in two color variety (grey and gold) and it’s outed as China mobile and won’t be officially availbel elsewhere, except through third party distributors.