Finally, Samsung mobile company unveils their next beast codenamed “Galaxy Note 7” which was launched on the 2nd of August 2016 and is now outed for preorder in the UK. However, this device has lot of similarities with the Galaxy S7 Edge but comes with extra features which also lead to slight increase in price. 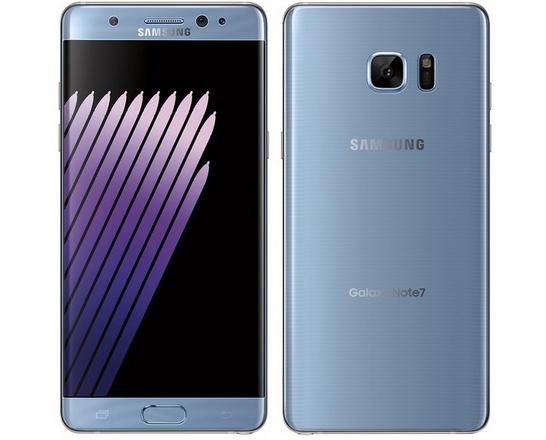 During the launch event, the full specs of the device was revealed and we noticed that most speculations about the specs before launch wasn’t exact, especially those of us that expected the device to feature 6GB RAM component, but it came out 4GB RAM. At least, the device would be fully optimized, so you’ve to worry less about its RAM.


The Galaxy Note 7 is said to be shielded with IP68 waterproof IP rating which certifies it for depths beyond 1m. Personally, I’ve watched the device on that and confirmed it true. The device also comes with a metal frame and flanked by two symmetrically curved sheets of Gorilla Glass 5. OMG, Gorilla Glass 5, that’s pretty amazing.


So, looking at the device specs-wise, it features a 5.7" Super AMOLED formula screen that is also curved like an edge device and the display comes with HDR support. The HDR support is a feature that is culled from a 4k TV that shows more scene and color with high contrast. The device also comes with an S-pen, as the stylus pen leaves note on screen always, and guess what, you can use it to write underwater, it also comes with text glass magnifier, translator tool and GIF creator.

The Galaxy Note 7 also secures itself with iris scanner and soonest, it will replace fingerprint reader on securing Samsung pay, knox and other personal files which is hidden in the secured folder. You can also use it to secure any other third party apps. 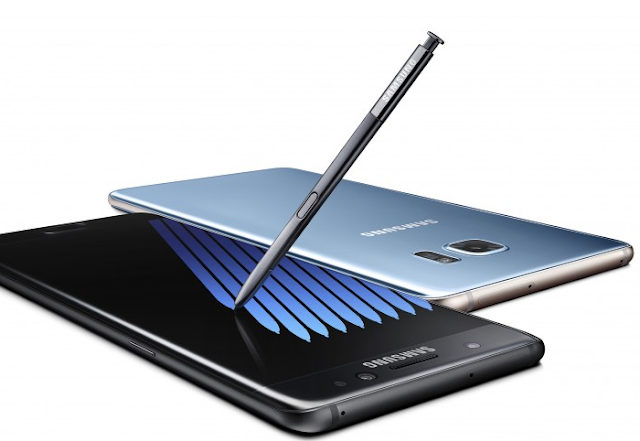 As promised, the Note 7 also comes with the USB Type-C, as it’s the first Samsung device to feature that. The device also comes with wireless and quick charging features which can quickly fill the 3,500mAh battery that is packed in the device.

Just like the Galaxy S7 Edge, the Note 7 comes with a 12MP rear camera, which features a bright f/1.7 aperture and OIS and capable of recording 2160p video, it also features a 5MP front snapper which was also culled from the Galaxy S7.

Some other hardware components of Galaxy S7 edge is also present in the Note 7 including the 4GB RAM, Snapdragon 820 chipset or an Exynos 8890, 64GB storage MicroSD slot, and the device is said to run on Android 6.0.1 Marshmallow out of the box. And please, do not expect a free Gear VR after purchasing the Galaxy Note 7 unlike the Galaxy S7 Edge.