iPad Air 3 to be Unbelievably trimmed with Interesting Specs

Speculations, talks, etc always remains on for the devices from Cupertino, no matter a product has been just released, or it has been a long while. Being specific, devices like iPad Air 3, those are certainly not going to be put the wraps off have also started being in the news. In fact, it’s the earlier version of the device was made available just back in October. Possibilities are maximum for iPad Mini 4, and iPad Pro to arrive prior of iPadAir 3. Still, nothing can be done about the fans and their speculations. 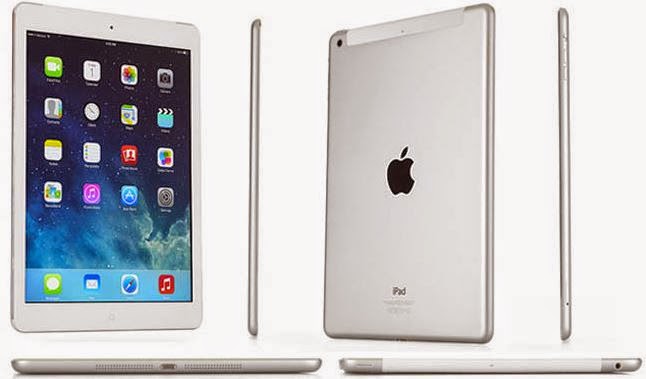 The release and what’s new this time:

Anyway, the iPad Air 3 predecessor, iPad Air 2 was in a lot of buzz being the most trimmed slates. Now, it’s natural for the expectations to be at peak for iPad Air 3. According to the recent rumour mill churn outs, the iPad Air 3 is going to be there by October next year with iPhone 8.

The news is something interesting as well looking at the release pattern by Cupertino, and some might not be feeling the same way as well. However, one thing is sure, Apple often brings something interesting after taking a bit time. We hope things to repeat well this time as well. It is expected for the iPad Air 3 to be offered a major tweak in terms of design. Some talk about Ios9, but take it with a pinch of salt I must say.

So you think iPad Air 2 will be most trimmed for ever!

Can you believe this? The next generation iPad is going to be even slimmer! Anyway, we hope the manufacturers are having the resilience factors for the product in mind as well. Making a slimmer device can be linked with other aspects like hardware and batteries as well. Point to be noted is that there is no official statement yet from the manufacturer on this regard. Buzz is that the device will be sporting an A9X chipset mated with 4 GB RAM.

If Apple makes a less than 6 mm device available, then it would be certainly something unbelievable. We hope the Cupertino giant is in nothing sort of competition.
However, the good news here is that each time any news surface regarding iPad Air 3, they have always talked positive about battery capacity. Apple understands well the importance of an improved battery capacity as of hardware for an ultra trimmed product.

The rival sides might be thinking of an affected battery because of the reduction in device’s size. But, according to the internal sources, rather Apple is much more focused about bringing a device with better power arrangement. Playing through the quad-core processing unit rotating at 2 GHz, the next generation iPad is expected to offer more than fifteen hours support for the users. And, the device will be coming with multiple color options like Golden, Silver, and brown.
Finally, that’s all regarding most recent about iPad Air 3 from us. All we can say just stay tuned for any further update.
Anyikwa chinonso Comments