Twitter is one of the biggest online networking website that enables users to send and read tweets. However, it’s the 9 most popular website in the work according to alexa rankings, and also ranks high in some other part of the word. 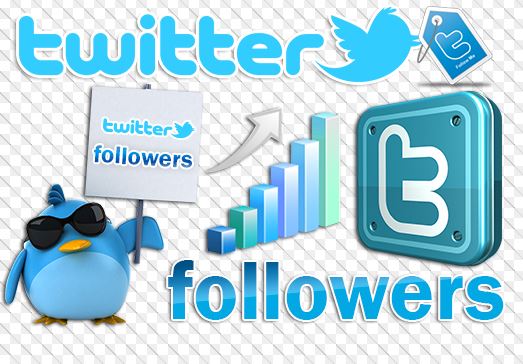 Today’s stroll, I would brief you guys on how to get huge twitter followers with some spectacular means, awesome tools precisely. These tools are website tools, and they’re quite helpful.

2.       Twiends
This is another powerful tool to get thousands of twitter followers. It’s just like a pay to follow you service, whereby you would be offered some amount of seeds or credits whenever you follow any individual, and then place your bid for others to follow you.

Twiends has been a very active website to get real & active followers, and not just spammy ones. So, I strongly advise you give it a try.

3.       Twellow
This website is another best place to get twitter followers. It’s highly advisable for niche blog owners, in the sense that, you follow people according to category, and you would definitely get unlimited amount of follow backs from people that loves your interest or category.

Read also: How to Deactivate Autoplay for Video Tweets in Twitter


Apart from the above twitter tools in which you can use to get unlimited amount of real twitter follows, there are many other beneficial tools. I would take a break for now, next time, I would highlight more tools and websites to get huge amount of twitter followers.
Anyikwa chinonso 2 Comments

Nice one bro, one reason I don't do all these is the fact that I can't target a particular kind of people that are interested in what I share.
do you have any tool that can do that? then lemme know.

Hi larry, yes. you can target an audience... simply make use of wefollow tools.. it would help.