Google translate is a free statistical machine which is google branded app, that is provided by google Inc. with this machine, you can convert a written text or voice speecch to different language across the countries. This app offers mobile interface like the Android OS, and iOS, it’s even present in most extensions of browser and also offered as various softwares. 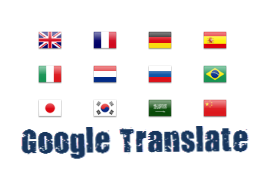 The translator is avaliable on browsers like the  mozilla firefox and chrome browser as extension, and this help in the automatic Google translate of unknown language to your prefared lauguage that is registered on  Google translate.

Read also: 5 Must-Have Free Android Apps for Business
- How to reset the forgotten password of an idevice(ipads, iphones and ipods)

Below are some advantages and disadvantages of using Google translate

Disadvantages:
·         The translation system isn’t 100% accurate in translating
·         It could easily be used for fraud and leads to cheating of foreign classes.

Hope you have the Google translate app already installed on your device? Or the extension already pluged in your browser? Because with this great app/system, you stand a chance of knowing plethora languages, depending on the ones you wish to learn.
Anyikwa chinonso Comments