-->
Home / Android tips / How to / Micromax / How to Install TWRP, Unlock Bootloader & Root YU Yureka Plus

How to Install TWRP, Unlock Bootloader & Root YU Yureka Plus

Learn how to install TWRP, unlock Bootloader and root Yu Yureka Plus with just few steps away. 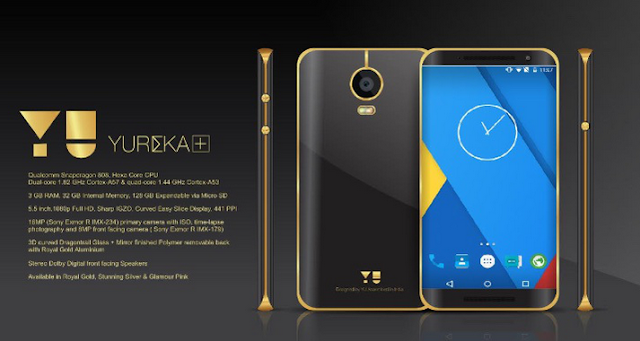 Rooting, Installing TWRP and unlocking bootloader of YU Yureka Plus smartphone helps to render administrative option to its users, like installation of custom roms and also helps to retain backup via TWRP installation as every android users is expected to perform these process on their device.


How to Install TWRP, Unlock Bootloader & Root YU Yureka Plus

1.       Firstly, download and install ADB and fastboot driver on your computer.

2.       After that, enable USB debugging on your YU Yureka Plus device under developers option. Also disable Update Recovery from there.

3.       Now, download the TWRP recovery file here and save the recovery img on the ADB folder you created in step 1.

4.       After that, connect your smartphone to PC via USB cable and open command prompt windows from the ADB folder. To open, simply hold shift and right-click on an empty space of the folder, just as seen in the image below. 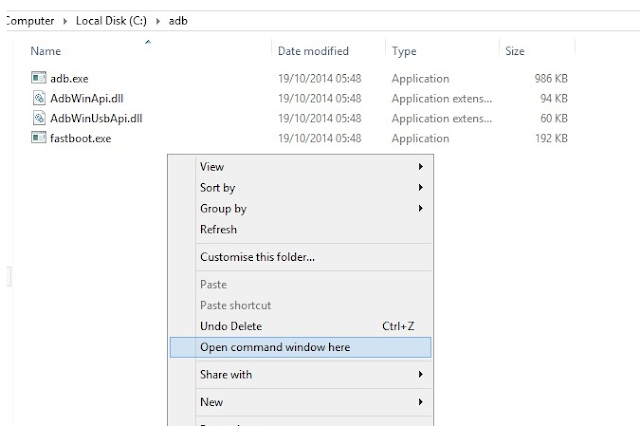 5.       Once the command prompt windows is opened, then input the below command and press enter.


6.       The above command shows whether your device is properly connected or not, after that input the below command to boot your device to bootloader mode, and press enter.


7.       The above command would restart your YU Yureka Plus to bootloader, then input the below command to verify if your device bootloader is locked or unlocked by default, and press enter.


8.       If it’s not unlocked, then input the below command to unlock the bootloader of YU Yureka Plus.


9.       The above command would unlock the bootloader of your device, and your smartphone should be rebooted, if not, input the below command to reboot.


Now that you’ve unlocked the bootloader of your smartphone, the next thing to do is to root it. Continue the procedure below;

10.   Download SuperSU zip zip file here, and transfer the file to your phone.

11.   After that, boot your device to bootloader mode in Step 6, and input the below command to launch TWRP of your device.


12.   Once TWRP recovery option is launched on your device, simply navigate to UPDATE-SuperSU-v2.46.zip file and flash, then wipe cache and reboot your device. Your device would be rooted after the reboot.

Bonus tips:
If you wish to install custom roms on your YU Yureka Plus smartphone, then I advise you go back to Developers option under settings, and enable advance boot option. Only then you can Hold power button to get to recovery menu.
Anyikwa chinonso Comments