iOS 9.2 is now available with Bug Fixes… How to Update?

Apple finally releases the iOS 9.2 with bug fixes, and several other improvements, especially fixing lag issues on iPhone 6 Plus. However, this update is compatible on all iOS devices that are currently running on iOS 9.1. 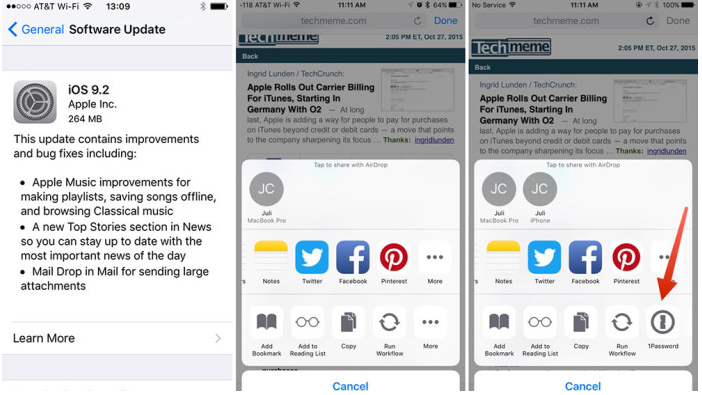 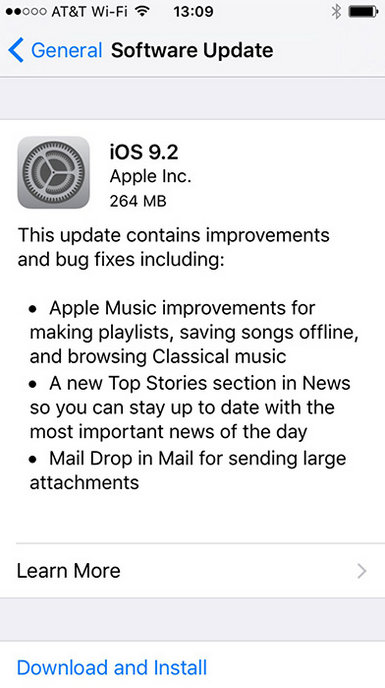 Outside lag fixes, the iOS 9.2 bring us some other new features like, improvement on Apple music that allows browse through classical music, make playlists and also save songs offline. This update also updates users with the top stories from News sections and mail drop in for sending large attachments. Other cool options and applications are featured in this update.

Updating to iOS 9.2 is pretty easy, simply go to Settings >> General >> Software update and then download the firmware file of iOS 9.2. The file size is just 264MB. If you need any other assistance in regards to updating your iOS device to iOS 9.2, please do let me know via comment section.
Anyikwa chinonso Comments