When we talk about WiFi hacker apps, the first thing that you think off is apps that can be able to penetrate through routers with authorization from users and reveal security details and some other stuffs to you as penetrator. However, these apps can execute some other stuff such as block users from a particular network to extract bandwidth and get details of affected users. 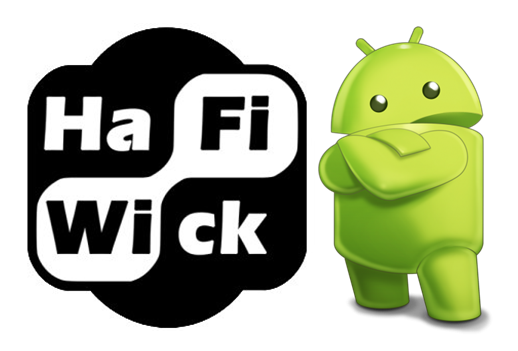 Personally, I’ve used some android hacking apps and most of them are focused for penetration especially for WiFi routers and related. Please, don’t confuse my reason for publishing this article, as you’re not advised to use any of the apps illegally but only for penetration testing to be security conscious. Carefully go through the disclaimer below, before you proceed.


Disclaimer: This guide is only published for knowledge’s sake, as we have no intention to guide our users on hacking public networks but to get their security measures. You’re solely advised to use any revelation on this guide for penetration testing to know how vulnerable your network is and take action. Please, Guruswizard won’t be held responsible if you’re caught doing otherwise.


Now, I can freely reveal the WiFi hacker apps I do make use of. Please, don’t find it offensive if I mix one or two pranks along with the rest good (100% working) apps, as I know that some users would find it interesting pranking friends.


Where do I start from? I’m a little bit dizzy while writing, so ignore most of my mistakes as I don’t normally proofread my content. Lolz! Anyways, I’ll still deliver what you’re expecting.

Please take your time and go through the short description of each app to know their major purpose and download links are provided below description.

1.       WiFi Kill
WiFi kill is a very sophisticated wifi hacking app for android, as it becomes harmful if in the falls in the hands of the wrong person. The tool is one only android app that doesn’t just penetrate into a WiFi network, but also has the ability to kick other connected users off the network, steal their bandwidth and monitors their traffic. With WiFi kill, you can view visited website by victims, download traffics and some other useful data.
Download WiFi Kill Here

2.       ZAnti Hacking toolkit
ZAnti is the best hacking toolkit for android devices that is integrated with so many functions such as uncover authentication, brute-force attack, backdoors, and DNS attack with some other rogue access point attack using its fully customized scan interface. The diagnostics of the app is a top-notch and reports are advanced. It also comes with integrated tools such as password sniffer, packet forger, login cracker, session hijacker, script injection, keep connection, inspector and lots more. It can also be used to penetrate WiFi network, hack WiFi passwords and lots more.

3.       Fing Network tools
Fing network tool is a very professional android hacking tool that can be used to spy network and analyze wifi networks. Penetration process is very simple and the app is intuitive which can let user evaluate network measure on security against intruders. The app also provides resourceful information that you can make use of after penetration.

4.       WIFI WPS WPA TESTER
This is another useful wifi password hacker application that lets you penetrate wifi network on connected device and get the password of the network. The most exciting part using this app is that android users running lollipop or above won’t need to root their device to get access. The app can also be used as a means to recover lost wifi password.

5.       WiFi Hacker Ultimate tool
This is my favorite, I’ve been using it for some while and kept it hidden for a long time, but today, I decided to reveal the app to you guys. The WiFi hacker ultimate is one great wifi hacker app you can’t find elsewhere, the moment the app was revealed by a developer, it was kept coded so it won’t fall in the wrong hands. At this time, we reveal the app on invite. Anyway, here’s the link below.

7.       WiFi password hacker Simulated
This is one of the oldest and common wifi password hacker app that simulates hacking process and provides users with network keys like WLAN_XXXX, VODAFONEXXXX, JAZZTEL_XXXX ... and lots more security that are on default security level. So, my guess is that it works on network router with default key, which is also very useful as 80% is vulnerable to this.

8.       WiFi hack Password 2016
Remember I promised to provide you with at least a prank app, this is one. It’s a wifi password that can be used to prank friends that you’ve penetrated networks and gain the karma. That’s what everyone need. So the download link is provided below.

9.       WiFi hack via Linux
Do you know that with the help of Linux, you could penetrate wifi networks? I already detailed a guide on how you can install linux operating system on android. If you’ve successfully installed Linux on your device, then you won’t have problem cracking WPS and WPA security of any wifi router.

10.   WiFi hack via Backtrack
Backtrack is also known to be a Linux based open source operating system that can be used for penetration testing.  It can also be used for Forensics, stress testing, reporting, RFID, privilege escalation, vulnerability assessment, information gathering and other Miscellaneous. It’s integrated with so many features and can serve as toolkit for android users, most especially when it come to login spoofing and wifi hacking. I’ve already detail a guide on how to use the app on android.

That’s it on the top 10 best wifi hacking apps for android phones and tablets. I know that by now, you’re excited to get started with these apps and know your security measure as I don’t encourage you to make use of these apps illegally.


If you’ve any say, encounter any difficulty; please do let me know via comment section. Your opinions are welcomed. Don’t forget to share this update with friends on social networks.
Anyikwa chinonso Comments