Playing video games is a great fun fair, most especially, the action genre. Shaun White once quoted, “there are plenty of skills I’ve learned from playing video games. It’s more interactive than watching TV, because there are problems to solve as you’re using your brain.” 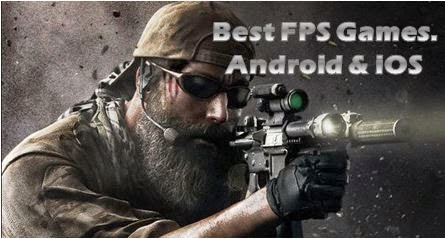 What is First-person Shooter (FPS)?

According to Wikipedia, First person shooter is a video game genre that is being centered on gun and projectile weapon-based combat through a first person perspective; that is, the player experiences the action through the eyes of the protagonist, and in some cases, the antagonist.
Today’s stroll, I would brief you guys about the top 3 best FPS android and iOS games to download in 2015. So, take your time and go through the article to know the best amongst them you would get for your android iPhone, iPad or iOS device.

Modern combat 4 Zero hours is a high rated first person shooter game that is developed by Gameloft Montreal and also published by Gameloft. The game is a continuity series of modern combat. The iOS version of Zero Hour is supported on iPhone 5 and Gameloft released a gameplay teaser on the 25th of September 2012. Zero Hour is also supported on Android; windows phone 8 and blackberry 10 platforms. The game has over 5+ million downloads and still counting, so I advise you download the game for your android or iOS device.

Call of duty strike team is another interesting first person shooter game that is developed by the blast furnace and published by Activision. The game is a continuity series of call of duty. And its release year is 2013. This is the first call of duty series game that lets you control the entire squad at once, which is a pretty cool experience. The simulating strategy of the game is also very suited for mobile.

Dead trigger 2  was the best first-person shooter game for android in 2014 according to guruswizard, and it’s still one of the best first person shooter game for android and iOS (iPhone and iPad) in 2015. The game is developed by some awesome set of developers popularly known as Madfinger Games, and it’s also published by the developers. Just like the original Dead trigger, dead trigger 2 is a single player zombie-themed shooter.

Judging from my perspective, a good first person shooter games should attain high qualities like interesting movements, structured maps that would make you think, having worthy opponents, sophisticated guns that moves us and meaningful enemy feedback. And the above first-person shooter games acquire the above interests.
Anyikwa chinonso Comments